The 92nd annual Academy Awards were celebrated last Sunday in LA, let’s review some of the best, most surprising and awkward moments. The ceremony started with a performance by singer and actress Janelle Monáe. She sang her song “Come Alive” from the movie Harriet. She had backup dancers wearing costumes from some of last year’s best movies including Joker, Midsommar and 1917. The ceremony then was started by Steve Martin and Chris Rock making fun of the lack of hosts and the lack of diversity in the most important categories. The first award given was for Best Supporting Actor, in which Brad Pitt unsurprisingly won for his role in Tarantino’s new movie Once Upon a Time… in Hollywood.  After that came the first surprise of the night when Toy Story 4 “stole” the award for best Animated Picture from Klaus or I Lost My Body, that according to many, both were much more deserving of the award. Parasite’s first win of the night came after in the best original screenplay category, followed by Taika Waititi winning best-adapted screenplay for Jojo Rabbit. The award for Best Production Design was won by Once Upon a Time…. in Hollywood, probably because most of the academy members that voted live in Los Angeles, the place where the movie was filmed. Little Women won fort achievement in costume design. Then, came the award for best-supporting actress which was given to Laura Dern, in my opinion, Florence Pough was more deserving of the award but Dern’s performance was pretty solid as well. For the first time in many years, the sound editing and mixing were won by two different movies, sound editing by Ford v Ferrari and sound mixing by 1917. 1917 won for best cinematography (which was expected for its one-shot style) and visual effects, taking the award from Avengers: Endgame. The Movie Bombshell won the Makeup and hairstyling category for their achievement in transforming the actresses Charlize Theron and Nicole Kidman into Meg Kelly and Lithgow respectively. Parasite won its second award for the Best international picture. The award for best original score was won by Joker and for best song by Elton Jhon in Rocketman. Now, the “BIG FOUR”. The Best Actor award was given to Joaquin Phoenix for his intense and realistic portrayal of the Joker. The actress Renée Zellweger won as Best Actress for the movie Judy, another award that I found had much better nominees like Sairose Ronan, Scarlet Johanson or even Charlize Theron. But anyway, Hollywood veterans Quentin Tarantino and Martin Scorcese lost the Best Director award to Bong Joon-ho (the director of Parasite). As part of Joon-ho acceptance speech, he thanked Scorcese, to which the audience answered in a standing ovation. The most surprising moment of the night was when Parasite made history by winning Best Picture. It is the first time that a foreign film wins this category. Not many people expected it since they believe it is unusual of the academy to be so “honest” and to actually reward the best picture without a social-politic agenda behind, although Parasite has its fair share of commentary and criticism about the social structure in South Korea. 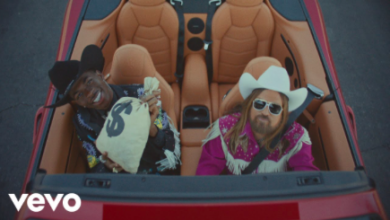 How Coronavirus Affected The Environment 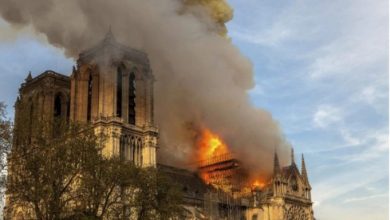 ﻿How is the Notre Dame Reconstruction Going?

4 Tips from Artists to Art student