Searching for aliens may sound like something out of a science fiction novel. However, it is serious science. Some people use telescopes to listen for communications from alien civilizations. Others look for signs of life in faraway places.

No aliens have been discovered, yet. But the universe is infinite. Thousands of planets circling other stars have been discovered by astronomers. There might be billions more worlds still to be found. Some may even have moons capable of supporting life. That’s a lot of possible alien property. Astronomers have only explored a small portion of the universe.  Some people believe that if we expose ourselves, we would have a higher chance of encountering aliens. That is by sending out signals into space. One such signal was transmitted by the Arecibo telescope.

However, other scientists believe that this is a horrible idea. We might not want to announce our existence to evil aliens. There might potentially be aliens who can’t transmit or read communications. Astronomers search for new worlds in the so-called habitable zone to locate those worlds. This is the region of space surrounding a star where a planet would be warm enough to contain liquid water. This is significant since water is required for all known life. One of these planets might be orbiting the closest star to our sun. For centuries, humans have been fascinated by the subject of whether we are alone in the universe.

Hi, my name is Nicolas, I am a junior, I love soccer, and a word that would describe me would be reliable. 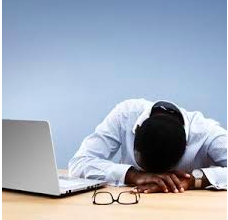 How is the lack of sleep affecting your body??

Why African-Americans may be especially vulnerable to COVID-19

Bolivian Woman Works on the Journey to Mars